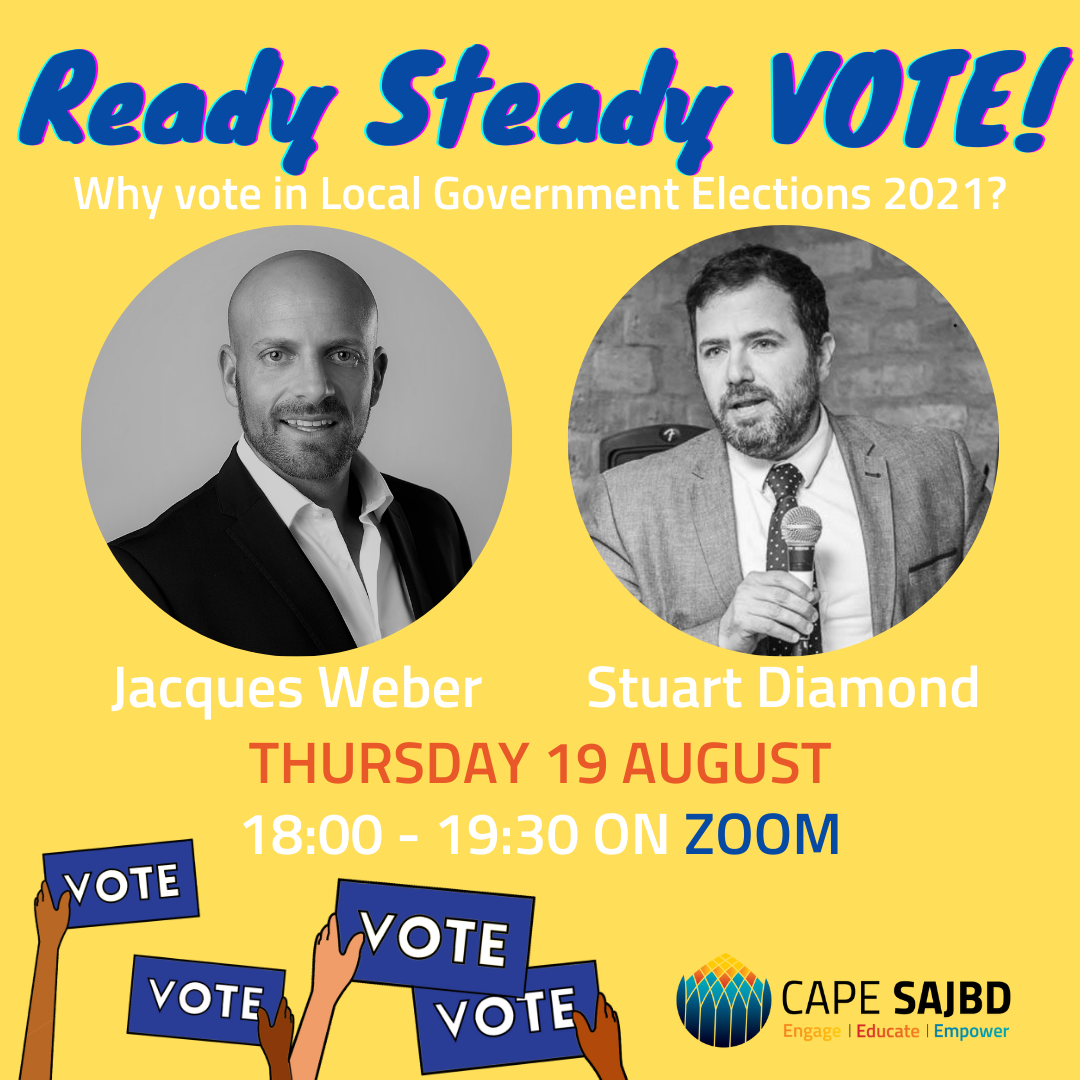 We have undertaken a #VotesMatter campaign to educate, engage and empower our community to make their voice heard in Local Government Elections. “In order to be responsible citizens, and shape the country we want, we need to know how government functions and how we can engage it.”

Local Government Elections are your chance to be heard on the daily issues you grapple with, and directly decide who represents you at a local government level.

Join us on Thursday, 19 August at 18:00, as we discuss the importance of these upcoming elections and some of the key issues affecting the Western Cape Jewish community, with guest speakers Jacques Weber and Stuart Diamond. We will also be taking questions from our audience, so make sure to book your spot and USE YOUR VOICE!

Register here, or simply tune in to our Facebook page on the night where we will be livestreaming the event.

Get to know our speakers: 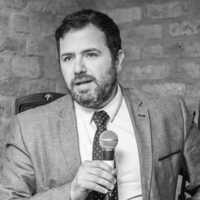 Stuart grew up in Vredehoek and matriculated at Herzlia before enrolling at the University of Cape Town where he completed a BA with a focus on Industrial Psychology and Environmental Studies in 2000. This, he followed up with a postgraduate Diploma in Management, with a focus on Human Resources in 2001.

After seven years in the private sector working in senior positions, in the fields of finance and human resources, Stuart entered local politics in 2011 as a PR Councillor to Ward 55 and rapidly made his mark. Stuart is also the previous Mayoral Member of the Assets and Facilities Management Directorate and he served as chairperson for the Finance Portfolio from June 2014 until August 2016.

He has represented the City of Cape Town on SALGA and on various outside bodies and boards, served as Caucus Treasurer, represented the DA Caucus at Provincial Council, served on the Municipal Public Accounts- where he uncovered the Outstanding ANC account to the CTICC, and served on the Finance Portfolio Grants Committee, Energy and Climate Change Committee, Economic Cluster and Strategic Assets Committee.

You will also recognise Stuart as the past Executive Director of the Cape South African Jewish Board of Deputies, where he served our community passionately from 2018-2021. He and his family have recently moved to the UK, where he is currently the International Grants Manager for Moishe House. 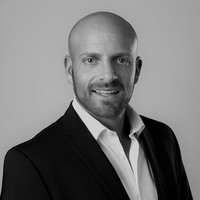 Jacques was born in and has lived in Cape Town for the past 28 years. Jacques has been involved in civic and volunteer-based organisations for the past 16 years. His community service includes being an active Police Reservist, founder of the Green Point Community Sector Crime Forum; member of the Green Point Ratepayers’ & Residents’ Association, Executive member of the Sea Point Community Police Forum, founder of the Atlantic Seaboard License Plate Recognition Camera system within the Atlantic Seaboard and Chairman of the Sea Point City Improvement District.

Jacques has broad working experience, and is currently Regional Director of Inospace, Cape Town; Founder & Director of WatchTower Group; Founder of recently launched, online media platform, JWI.NEWs; and, former director of a large volunteer organisation focusing on safety and security. He has a marketing diploma in Integrated Marketing Communication and Brand Management.

In 2014 Jacques was elected Ward Councillor of the Atlantic Seaboard for the Democratic Alliance with a record election win of above 94%. Jacques did not stand for re-election in the 2017 elections having chosen to further his business interests.

Jacques has remained a key commentator on the political situation within South Africa with a social media following of about 40 000 followers.