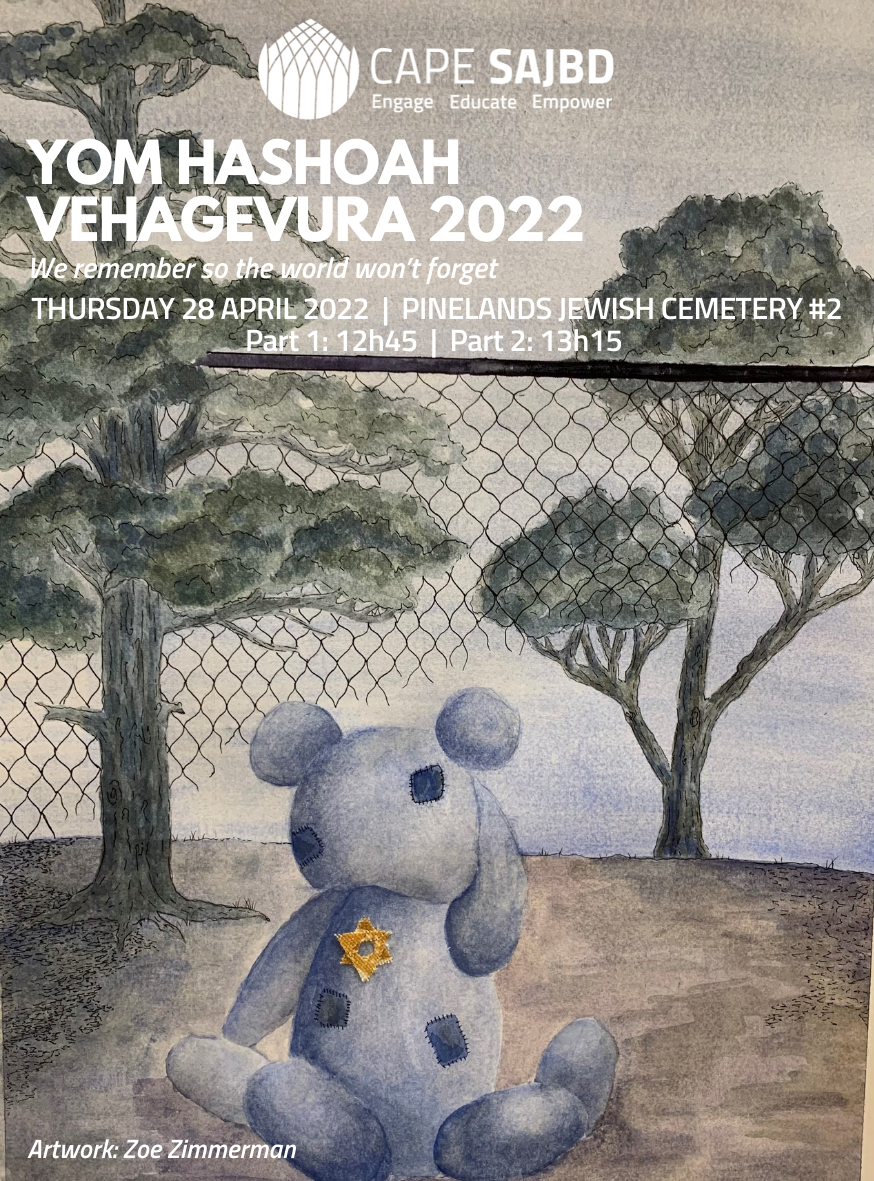 “To forget (the Holocaust) would be not only dangerous but offensive; to forget the dead would be akin to killing them a second time.” – Elie Wiesel.

Yom HaShoah veHagvurah is a day established by the Israeli Knesset in 1953 where global Jewry comes together to commemorate the 6 million Jews who perished during the Holocaust at the hands of the Nazis and their collaborators. The date chosen, 27 Nissan or 28 April, marks the anniversary of the Warsaw Ghetto uprising, the largest Jewish resistance to the Nazis which fought for freedom and dignity and inspired other revolts in extermination camps and ghettos throughout German-occupied Eastern Europe.

We invite you to join us on Thursday, 28 April from 12h45 at Pinelands Jewish Cemetery No. 2, where we will be holding a ceremony to commemorate Yom HaShoah veHagvurah. The ceremony will include writing names of survivors on white pebbles, which will be placed by the memorial statue. This practice of placing pebbles is symbolic of the permanence of a stone and how the names of survivors, and their legacy, will always be honoured.

We remember so the world won’t forget.