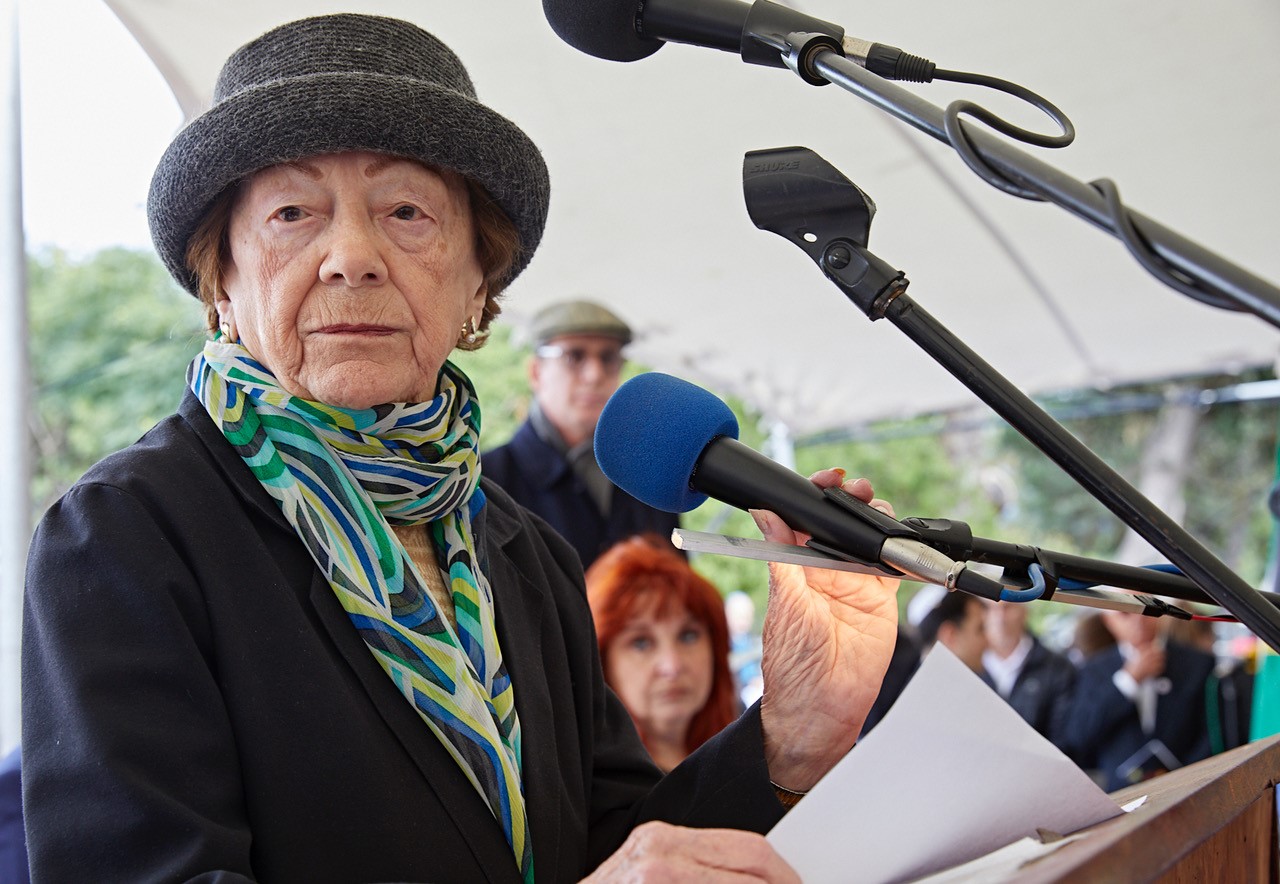 Most South African Jews came from Eastern Europe between 1880 and 1930, with some from Germany in the 1930s and others from Rhodes Island in the 1960s. After the Holocaust, only 5% of East European Jews, 10% of Rhodes Island Jews and 65% of the Germany Jews (who hadn’t by then emigrated) remained alive. It was an unparalleled tragedy — the communities had lost touch forever with their entire families and places of origin. How to cope with the loss? How to memorialise it?

Remembrance is a vital human activity that shapes our links to the past, and the ways we remember define us in the present. We need the past to anchor our identities and to nurture a vision of the future.

Israel held its first Holocaust Remembrance Day on 28 December 1949, when they buried ashes and bones of thousands of Jews from the Flossenberg Concentration Camp in a Jerusalem cemetery. Two years later, Israel commemorated its first officially-organised service. However, it took several years for the country to decide on an official, suitable date. It was only in 1959 that Prime Minister David Ben Gurion finally passed the Martyrs’ and Heroes’ Remembrance Day Law, with the start of the Warsaw Ghetto Uprising chosen as the official commemoration date.

It took time for Cape Town to arrange a community event. At first, commemorative functions or educational programmes were organised by the Sephardi congregation, by Orthodox congregations, by the Cape SAJBD, by Herzlia and by the She’erith Hapletah.

Cape Town’s was a society of survivors that started in 1952 when some survivors from Johannesburg, on holiday in Muizenberg, bumped into Miriam Lichterman on the beach. She invited them for tea with other survivors, where Xavier Piatka suggested that they start their society to promote social and cultural ties with each other and provide support and assistance. Xavier served as secretary and Nahum Zolin as chairman. In 1967, Nahum was a key in having every Cape Town synagogue install and light smaller replicas of the six-branched menorah placed as a Holocaust memorial at Pineland No 1 by She’erith Hapletah. Later, a stone monument replaced the original memorial.

From 1976, the ceremony became an inclusive communal ceremony organised by the Cape SAJBD and the Union of Orthodox Synagogues. It included both the Ashkenazi and Sephardi communities and attracted between 1,000 and 1,800 people. Today, it still attracts over 1,000 people, including members of Parliament and the Cape Town City Council, representatives of the diplomatic service and interfaith bodies.

Things change. As attendance of the annual Remembrance Day ceremony at Gardens Synagogue dwindled, Yom HaShoah included the laying of wreaths by armed forces at the War Memorial as its closing item, honouring the Jewish soldiers who died fighting. At a stage the Cape SAJBD became the sole sponsoring body of this annual event. Due to controversies over women singing as part of the ceremony, today, the ceremony is observed in two parts. It begins with female voices, and after a short break, after which more orthodox people join in the second part.

The ceremony is always interesting and thought-provoking, always powerful and moving, and we would be honoured to have the community come out in its thousands this year to join us. Together, we remember those Jews who were killed for no reason other than their beliefs.