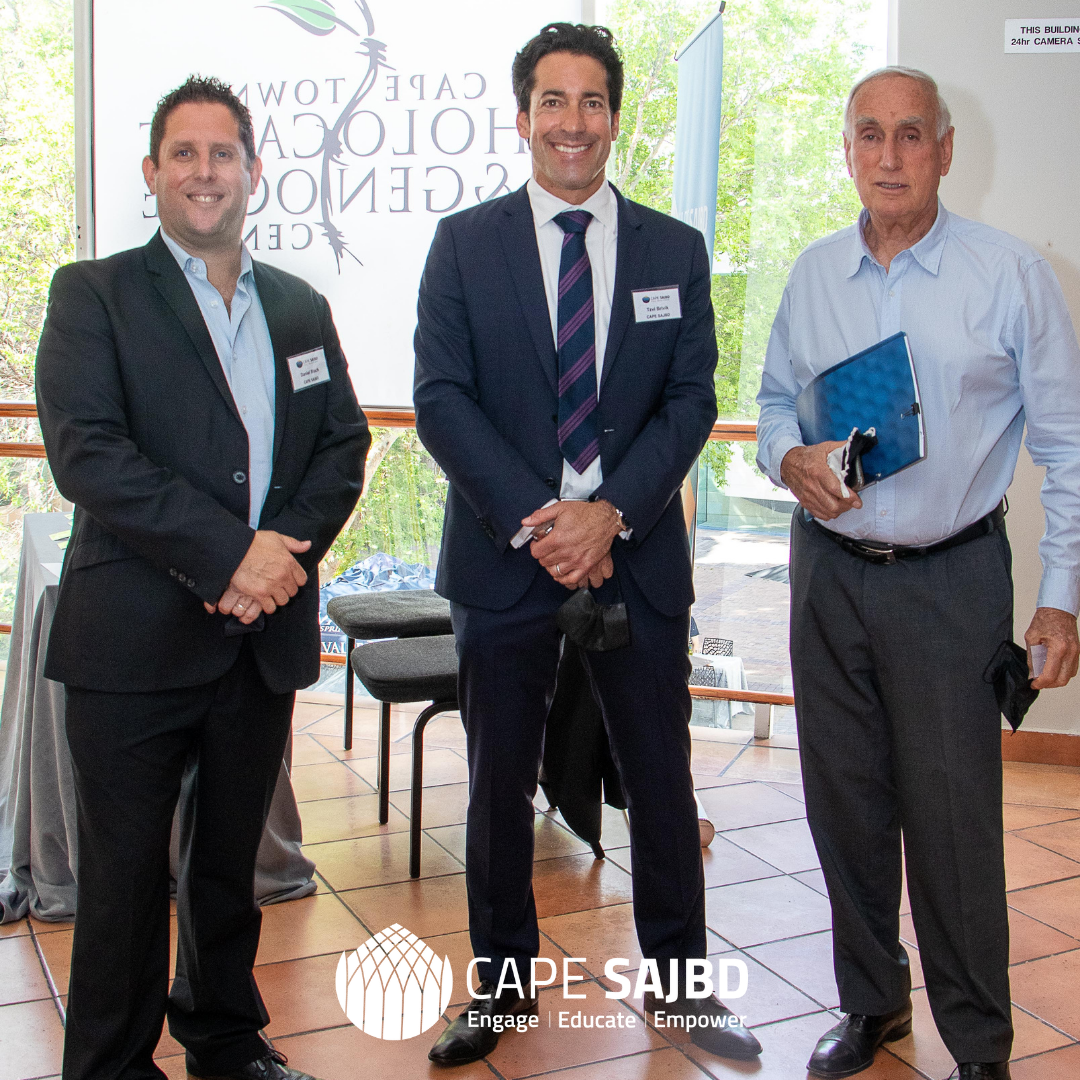 Our 2021 Cape Conference, ‘A Kaleidoscope of Views’ was held on 31 October at the Pola Pasvolsky Conference Centre. It was great to be back in person, albeit with a smaller crowd, with a majority of the participants on Zoom.

We had an excellent array of speakers. Our Chairperson, Tzvi Brivik, gave a full report on the Board’s activities over the past year, and it has indeed been a busy 12 months. Two main events stood out during the report.

The Board’s decisive leadership and response to the Covid-19 pandemic that used different means to steer the community towards health and safety during the different waves. This was done via various communal video updates and messages.

The second major issue was that of the May Gaza conflict. Not only did the intense rocket fire and devastation affect Israelis and Palestinians, but it also had ripple effects in various Jewish communities around the world, including our own. The Board dealt with many cases of antisemitic attacks on social media, WhatsApp groups and individual communities that were reported to our #ReportHate hotline. The BDS campaign intensified dramatically and we saw a wave of anti-Jewish and anti-Zionist sentiment, with the Jewish community being targeted as proxies of the conflict in Gaza.

The keynote address was given by Senior Political Economist for Standard Bank, Simon Freemantle, who spoke about the current state of our nation. Far from the doom and gloom we always expect to hear, he explained that South Africa is in a more stable position than we think, with President Cyril Ramaphosa’s consolidation of power.

The July riots were also touched upon. Freemantle said that although there was no decisive leadership at first, the administration has ensured that there will most probably not be future attacks in Kwazulu-Natal and Gauteng, where ex-President Jacob Zuma’s supporters are mostly based. Other aspects, such as poor education and crime are deterrents to making South Africa a more stable society. But with all these issues, South Africa still has a positive outlook — a welcome change from the usual negative rhetoric.

Our panel discussion on the future of the Jewish community in the Cape and South Africa was moderated by Howard Sackstein, Chairperson of SA Jewish Report. The panel consisted of Jos Horwitz, principal of Alon Ashel Pre-Primary and head of Early Childhood Development (ECD) for the United Herzlia Schools; Lauren Joffe, resident of Moishe House Cape Town; and Jaryd Raizon, the Africa Head of The Knowledge Trust. Questions regarding the state of the community, what challenges we face as Jewish South Africans, and also as South African Jews, were asked.

When asked about how we can remain part of the greater South African story, all the participants said it was up to the entire community to get involved in projects which affect the greater South African community. Jos’ comment at the end of the session remains most impactful — she stated that she is amazed at how the community wants to do things differently to effect positive change, but that they are looking to communal leaders to see how to create those initiatives. It is imperative that communal leaders assist in giving agency to those who want to grow in the South African community.

The consensus from the panel was that we have much to add to the broader South African community, as well as our own smaller Jewish community. Through our future-facing programmes, such as our 2040 vision and social entrepreneurial initiatives throughout the community, we can continue to create a vibrant and diverse society!

The comments made by both Rabbis Oshy Feldman and Greg Alexander were powerful. Both spoke about how diverse the community is and how our different voices are what makes it so successful. Unity is not just about conforming to one idea; unity is the collaboration and conversations that we have as individuals, in order to find common ground from which to create a unified community that will continue to be strong and successful.

Our community is once again beginning to see in-person events, and hopefully, we can continue to expand and create open platforms for face-to-face engagement. We look forward to seeing you at next year’s elective conference — hopefully with a full auditorium!

Our Suggested #MinuteOfSilence Echoed by CoCT