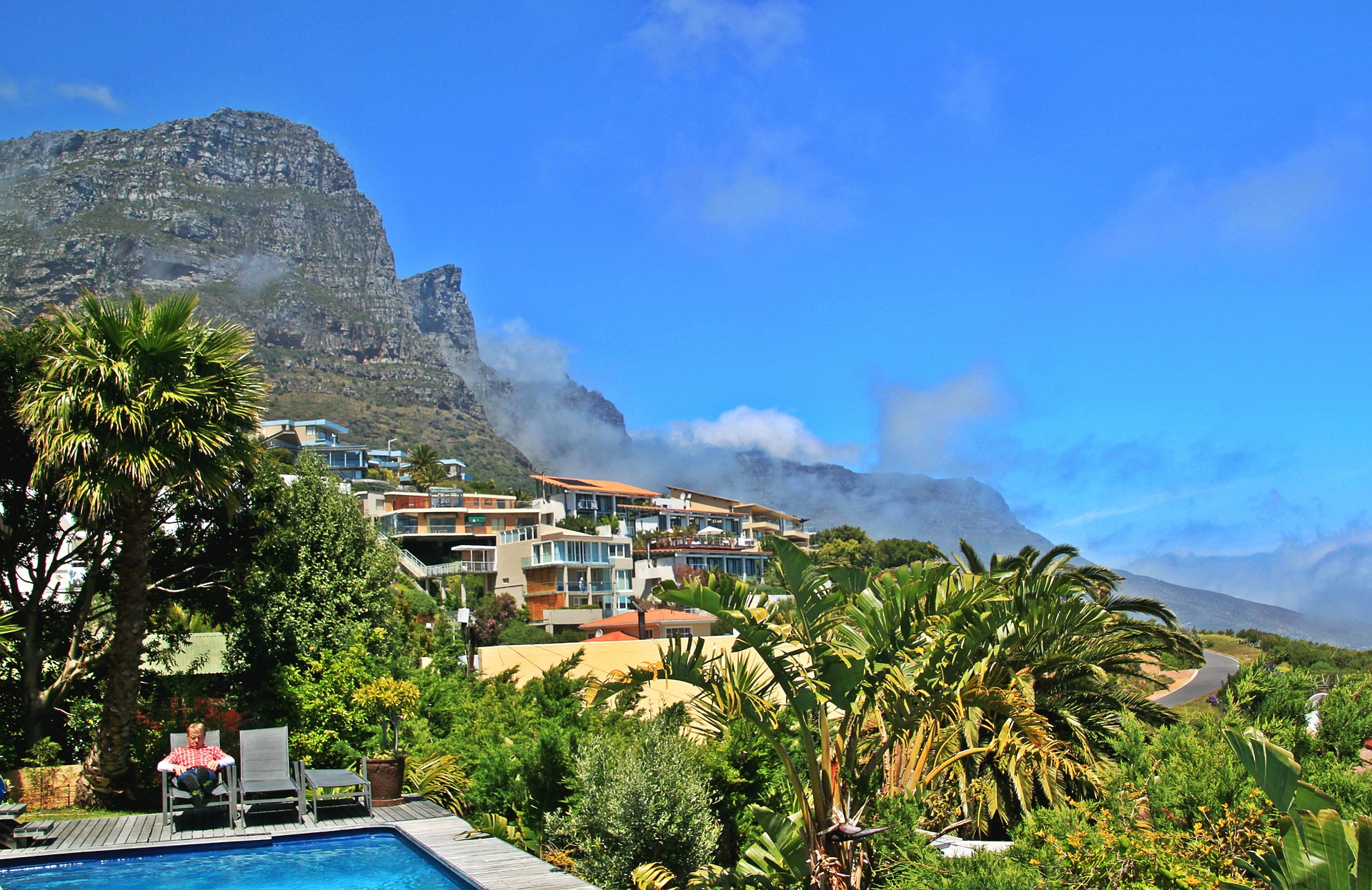 When the British took over the Cape in 1806, it took possession of Dutch properties including the shabby Camps Bay farmhouse bought from Von Kamptz, after whom Camps Bay was named. Jan Horak, a butcher from 33 Plein Street, kept an eye on the property as he stored his meat on the hoof up there and rented the round guardhouse, fifteen feet in diameter, built in 1786 to protect the back approach to Cape Town.

Lord Charles Somerset, a descendant of King Edward III, became Governor of the Cape in 1814. He was extravagant and liked to live as a Lord should live. When the pregnant Lady Somerset’s doctor prescribed sea air for her, Lord Charles found that her health received so much benefit staying in the farmhouse that he wrote: “I was induced to make many improvements at my own private expense.”

As for private expense, Somerset turned it into an elegant Regency villa but billed the government for what he called “unavoidable repairs”, rather like Zuma did with Nkandla. These included stinkwood floors and ceilings, five fireplaces of Robben Island stone and one of marble, two bathrooms, French windows to all the sea-facing rooms, a veranda on three sides with French casements and Venetian shutters, slate paths and dormer windows. It was so fancy that many visiting artists went over to paint it.
As the undeveloped country in Camps Bay was full of game, Somerset took over Horak’s shooting box. He added a curving veranda, a saloon, a hall, three rooms, a kitchen, a pantry and three additional rooms below, slave lodges, a storeroom, a stable, a wagon house, a cow house, a garden house and other outbuildings. In his sorties from the Round House, Somerset killed lion, leopard and buck.

When the British investigated charges of corruption and extravagance made against Somerset, he met them in the Round House rather than in his ostentatious villa down the road. He was recalled, and the government in a bid to recoup the money spent on unnecessary ‘unavoidable repairs’ sold the luxurious seaside cottage, along with all the land in Camps Bay to Attorney General Anthony Oliphant, whose son Laurence was born there in 1829.

Horak got back his much-improved shooting lodge but had problems with his new neighbour who threatened Horak with legal steps whenever his horses and cows wandered into his garden or slept in his corn. Horak went insolvent.

When Laurence was ten, the family moved to Ceylon, where Sir Anthony had been appointed Chief Justice. Laurence later became British Charge d’Affaires in Japan, a Member of Parliament and a British intelligence agent, and became interested in Zionism and kabbalah.

By May 1879, Oliphant was in Constantinople petitioning the Turkish government to allow Jews to settle in Palestine. Permission was refused because he told the Muslim Sultan that it would bring about the second coming of Jesus. The following year, he published a book, The Land of Gilead, proposing that Russian, Romanian and Turkish Jews should colonise Palestine. There he met the erudite Jewish poet Naftali Imber, who knew Hebrew and the kabbalah and employed him as his private secretary.

The Oliphants together with Imber moved to Haifa in 1882, where they were in touch with the Jewish pioneers of the First Aliyah, donating 1,000 rubles to the founding settlers of Yesud HaMa’ala and helping establish Rosh Pinna and Zichron Ya’akov. The Oliphants then came down with a fever, with Alice dying on 2 January 1886 and Oliphant being too ill to attend her funeral. Later that year, Imber published his first book of poems, Morning Star (Barkai), in Jerusalem, dedicated to Oliphant. One of the poems in the book was Hatikvah.

Laurence returned to England with Imber, dying there in 1888 of lung cancer. Imber moved to the US, dying in abject poverty in 1909 from the effects of chronic alcoholism. He was re-interred in Jerusalem’s Givat Shaul Cemetery in 1953.

Today, the Phyllis Jowell Primary School and the Camps Bay Synagogue stand on land that once belonged to the Oliphants. The Oliphants’ luxurious house was demolished to make a bowling green. The Round House is a restaurant, and Hatikvah is the national song of Israel, sung by the learners at the Phyllis Jowell School — who bear no knowledge that it was dedicated to a Christian Zionist born but a kilometre from their school.

Our Executive Director gets his first dose of Pfizer vaccine! Have you registered yet?