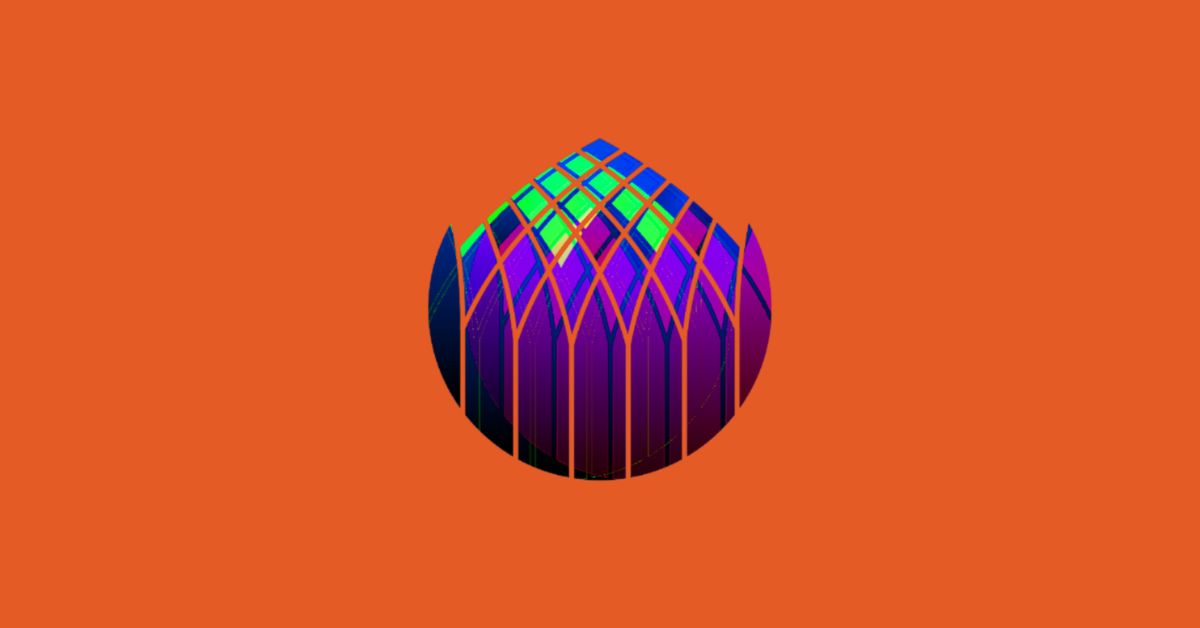 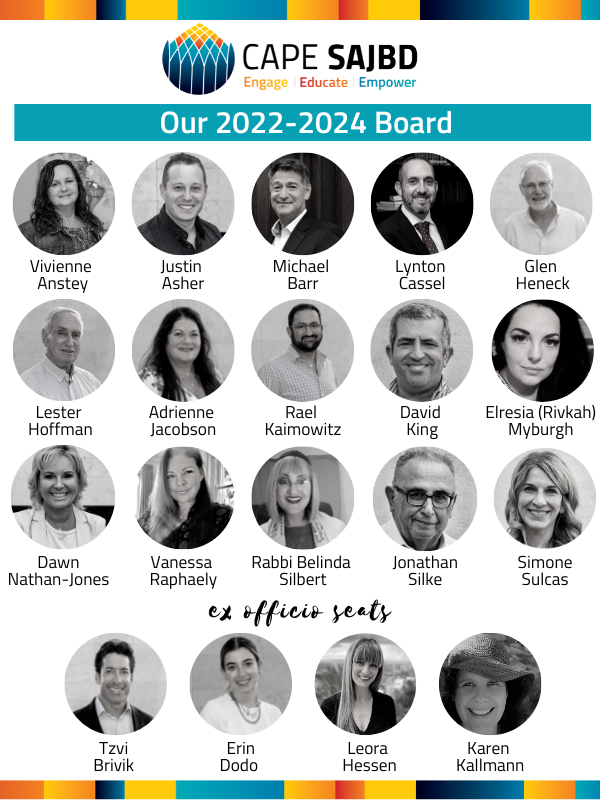 Viv is currently the Director of the Eliot Osrin Leadership Institute (ensuring a leadership succession pipeline & upskilling lay/professional leaders), Director of the Midrasha Adult Education Institute incorporating the Florence Melton School of Adult Jewish Learning and is a member of the recently formed CTJCVision2040 Planning & Spearhead Teams, plotting the strategy of the CT Jewish community. She believes the work of the Board is critical in advocating for active citizenship and championing rights/responsibilities from wrongs, especially in light of ever-increasing racism, antisemitism and hate. She brings institutional and communal knowledge and years of experience to the committee and professional team, so as to nurture the next generation of leaders. She hopes to continue to make a valuable contribution to Cape SAJBD and the community as a whole.

Justin is an entrepreneur at heart and enjoys giving back and getting involved at any opportunity, enforcing his drive for social impact. He has worked in the retail sector, advertising agencies and start-ups. Justin is the chairman of the Rygersdal Football Club (based in Rondebosch) since 2014, Junior Chairman of Cape Town Tygerberg Football Association and founded the Kimberly Rose Cancer Foundation after losing his sister to cancer. He has been involved in Jewish leadership initiatives and hopes to represent young Jewish members of the community who may not have been actively involved since leaving a Jewish high school. He believes in inclusivity for all, open dialogue for the important discussions and involving young adult voices at the Board table.

Michael is a qualified chartered accountant and was an Audit Partner at BDO before being headhunted by Investec. He was formally Regional Head of Investec in the Cape region- a position he held for 12 years. He was also an executive director of Investec Holdings and serves as a Trustee on a number of Trusts. He is currently the non-executive Chairman of Cullinan Financial Services a Division of Cullinan Holdings and holds other non-executive directorships. He has served as chairman and treasurer of the Claremont Hebrew Congregation and on the executive committee of the Camps Bay Hebrew Congregation. He has also been the chairman of the UJC and is currently on its executive committee. Michael has a passion for Jewish community affairs and is proud of his Jewish heritage. He is a strong proponent against antisemitism, having had first-hand experience at school and during military service in SA.

Lynton is a qualified chartered accountant with an honours degree in accounting and finance from the University of Johannesburg. Having started his professional career with PricewaterhouseCoopers and after working abroad in the United Kingdom he settled back in South Africa in 2005, moving to Cape Town in 2007. He now runs his own hospitality investment group specialising in franchise restaurants and also currently serves as the treasurer of the Marais Road Shul. Lynton is a husband and proud father of 3 and enjoys an active outdoor lifestyle including cycling, swimming and golf. Having been part of Cape Town’s Jewish community for the past 15 years he believes that South Africa remains a beautiful, vibrant and sustainable country to live in and wishes to contribute his time and expertise into any aspect of community life where he can make a positive difference.

Glen is an executive director of trading concern Melbro Holdings and occasional column writer for various newspapers. He sits on the board of trustees of ORT and of Highlands House, and has served as Vice-Chairperson for the Cape SAJBD since 2020. He was a former chairperson of Highlands House and of The Open City Initiative and was on the committee of Jews for Justice. He is married with two children. He has served the Board for just under a decade and believes he has made a useful contribution in that time. He believes that he still has something (somewhat unconventional) to offer, to the Board and to the community, and so shall welcome the chance of another term.

Lester is the Treasurer on the Executive of the Cape SAJBD and is a member of the National Executive Council. Former Chairperson of the Cape SAJBD and United Herzlia Schools Board of Governors, and National vice-chairperson of the SAJBD; Chairperson of the Cape Jewish Chronicle Editorial Committee and of CSO, Cape Town and a trustee of CSO-National; Lester also serves on a number of management committees of communal organisations. He has extensive experience and wide involvement at senior levels in both Jewish and non-Jewish philanthropic and religious organisations, which allows him to bring to the Board a depth of knowledge, understanding and contacts with people that can be of great assistance in conveying the balanced and constructive view in the debates that are so important to the future of Jews in this country.

Adrienne is in private practice counselling in family therapy, relationship and individual therapy, trauma, bereavement, domestic violence and group process facilitation. She has written and facilitated workshops on conflict resolution, personal growth and relationship within the NPO space. Vice-Chairperson of the Cape SAJBD, Adrienne feels her work across such a broad spectrum has allowed her to bridge gaps between civil society while advocating for change and social justice and on the development of personal growth and relationships. She believes in the importance of involving the young adults and would like to continue working together with affiliated organisations to help make the Board relevant, modern and inclusive.

Director of Kadimah Print and former Chairperson of the Cape SAJBD, Rael has been involved in many community organisations over the years, spanning multiple sectors in our community. He was a member and operational chair of the CSO, a former fellow of the Nahum Goldman Fellowship, has served on the committee of Ohr Somayach and currently serve as a board member of the Phyllis Jowell Jewish Day School, which his two sons attend. He is passionate about creating the environment in which our community can operate and thrive, focusing his energies on umbrella organisations – like the Board – that enable other organisations, shuls or schools to focus on their objectives and mandates.

David is currently the Financial Director of CGI Creative Graphics International. He is a current executive member of WP Maccabi, former Treasurer of CSO, former member of the CSO Executive and management committee, former treasurer of Afrika Tikkun Cape and former participant UJC P2K Leadership. Having served in communal leadership, he has much valuable operational, fiscal and political experience, both at the local and national level that is needed to ensure that our Jewish Community of Cape Town continues to prosper. He is driven and committed to ensuring that the Cape Town Jewish Community remains a vibrant, active and heard community in South Africa.

For the past 7 years, Elresia has been in a leadership role in the Beck Family Estates Group of companies as Trustee of 6 Trusts, Company Director and Chairperson of the Ethics and Code of Conduct Committee of the group companies. Her work has enabled her to engage with people across all spheres of our society in SA and in Israel, from government level to grassroots level, and she is currently involved in over 250 projects ranging from welfare, education, skills development, arts and culture, and housing project for farmworkers. Graduate of the Eliot Osrin Leadership Institute, her mission is to work towards the sustainability and security of our Jewish Community in Cape Town and throughout South Africa with integrity and accountability. She thrives in giving those less fortunate a helping hand in life and is passionate about the less vulnerable in our community. She believes no Jew should be left behind.

Dawn is a social entrepreneur, business coach and professional speaker. Director of One South Africa and CEO of Over the Rainbow and Growealth SA, her legacy began as one of the early pioneers of the Imperial Car Rental company, known more recently as Europcar. She is an Ort Jet mentor and has been a guest speaker at many Jewish organisations. She is passionate and dedicated to the South African Jewish community and feels she can use her business wisdom, leadership insights, wide network and entrepreneurial experience to add value and make a difference to the Board. She believes in the spirit of harmony and co-operation, being able to listen and hold dialogues, and mutual respect.

After matriculating at Westerford High School and graduating with a B Soc Sci in Political Studies and Economics from UCT, Vanessa Raphaely started her career as a journalist in London and launched her brainchild the health and beauty magazine, ZEST for Hearst Magazines. Returning to SA in 1996, she has led many media brands as content director for Associated Media, including Cosmopolitan, The Oprah Magazine, Marie Claire, and Good Housekeeping amongst others. She has received numerous awards for her work in lifestyle content; launched the digital platform The Village; and, has written 3 books, with the next book “Do As I Say, Not As I Did” due to be published in June 2023. Vanessa currently publishes FOMO, University Speaking digizines and other customised content, to her Village audience. She is married with 3 children and values harmony, integrity, trustworthiness and support- all of which she hopes to put into practice during her term of office.

Born in Johannesburg and living in Cape Town for twenty-one years, Rabbi Belinda Silbert was the first South African-born woman to be ordained as a Rabbi (outside of the Reform movement). Her love of the South African Jewish Community and Israel is her primary motivating force for leadership in our Cape Jewish community. She believes that now more than ever it is crucial to help our fellow Jews to be resilient in the face of the many harsh realities facing us and to do this without losing our Jewish identity. She is an acknowledged Kabbalist and she specialises in Jewish Mysticism. She is also an experienced bereavement counsellor and feels that Pastoral Counselling is an essential tool for twenty-first century Chaplaincy. She believes these skills will help lead our community over the very rough post-Covid recovery phase.

Jonathan is an advocate of the High Court of many years standing, specialising in income tax law and author and editor of several leading publications in the field. He is the Honorary life president of the South African Zionist Federation and former chairperson of its Cape Council (1993-2005), a long-standing member of the Cape SAJBD and has served on numerous other communal organisations advisory boards. He hopes to work towards the Board’s stated mission of fostering better human relations between Jews and all other peoples of South Africa, based on mutual respect, understanding and goodwill, and to protect the civil liberties of South African Jews while being committed to the eradication of prejudice, intolerance and discrimination.

Simone is group legal advisor for Cape Union Mart and a member of a number of professional organisations, including the Tax Committee, Social and Ethics Committee and the Occupational Health and Safety Act Committee. She has assisted various Jewish organisations with legal matters over the years and is a 2018 Graduate of the Elliot Osrin Leadership Institute. Married with two kids, Simone hopes to add value to the Board through her professional experience and qualifications. A logical thinker, she brings a measured approach to the decision-making process and values the opinions of others. She feels it is a privilege to do her ‘bit’ for this incredible community.

Find out even more in our ‘Know Your Board’ segment of the Cape Jewish Chronicle. Access the full articles here.

Announcement: Section 15(b) Suspended in #Elections2020