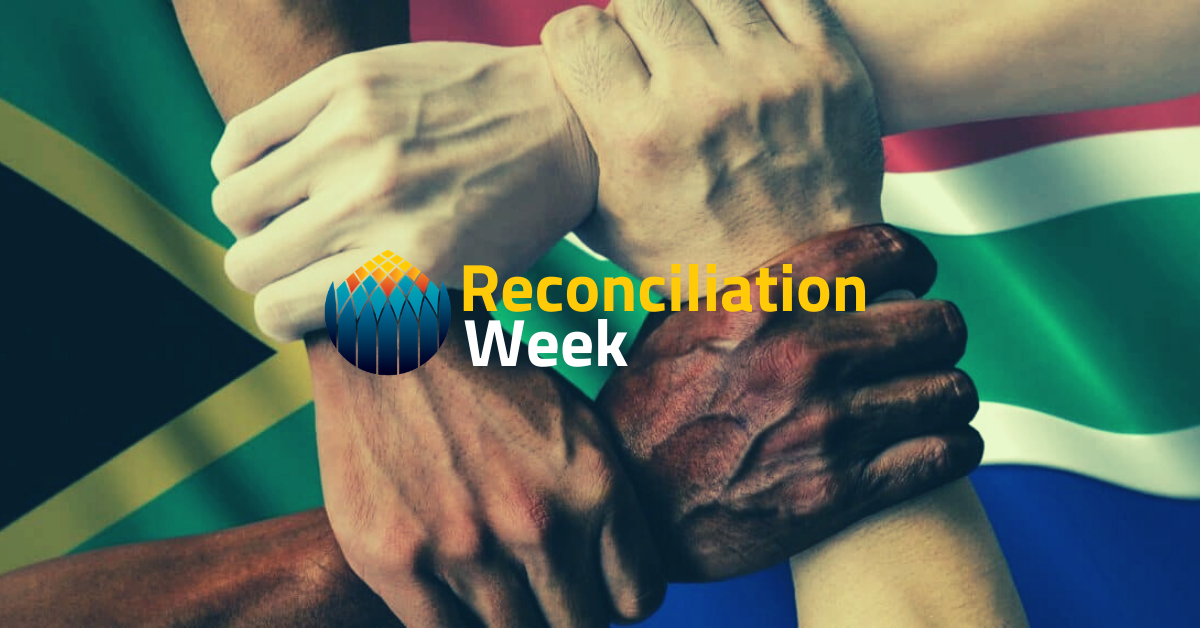 Many years ago, I was one of many in the packed auditorium who had come to listen to Jewish Chilean playwright and human rights activist Ariel Dorfman.

“How do you keep the past alive without becoming its prisoner?” he asked.

Waving the metal hooks where his arms had been before the apartheid government had posted a letter bomb to him in Zimbabwe, Father Michael Lapsley told us of the reconciliation workshops he gave at the Institute for Healing of Memories. After each workshop, he wrapped around each participant a shawl given to him by Albie Sachs made by the families of the Desaparecidos, ‘the disappeared ones’, who vanished during Pinochet’s dictatorship.

Reconciliation is one way. We are given an example in the Torah when Isaac and Ishmael came together to bury and mourn for their father Abraham. Apartheid caused great suffering and anger that is still felt by many who cannot come to terms with it. Twenty-four years after the ending of apartheid there is still a need for reconciliation, as can be seen in the streets of Brackenfell and the aggressive racist rhetoric of politicians who say they are not the children of Mandela, widely viewed as a role model for reconciliation.

Reconciliation Day celebrated annually on 16 December has been set aside by the South African government for us to try to reconcile. We need to acknowledge the pain; survivors must be given a space to tell their stories and while being realistic about recognising our differences, we should focus on what unites us, and seek ways in which we can work together in harmony for the common good.

The Cape SAJBD recognises the need to do so. On Reconciliation Day, we shall be taking part, as we have been doing for many years, in an interfaith event focusing on District Six. Last year, Stuart Diamond blew a shofar in a District Six mosque. In previous years, we have participated in a pilgrimage walking to different places of worship and safe houses in District Six, giving us space to chat with people around us, and to listen to their stories. The woman sitting next to me was in tears as she described her grandfather’s garden with its fruit trees, now lost somewhere in the bulldozed wasteland.

This year, the walk has fallen victim to COVID-19 and will be replaced with a ZOOM talk in conjunction with Nic Wolpe of the Liliesleaf Foundation (Gauteng) [Harold Wolpe’s son], and Ela Gandhi of Phoenix Settlement (KZN) [Gandhi’s granddaughter].

A hundred years ago, District Six was the first home for many of the new East European immigrants. One recalled: “The first month I spent, (it was like being) at home because where I went to live was District Six, and there was only Jewish. Wherever you went around, you speak Jewish and you meet Jewish. We went for a walk — all Jewish, Jewish, Jewish. That’s why I can’t talk English.” [sic]

District Six is regarded today as a much-heralded example of co-existence because people of different races and religions lived together as neighbours. The apartheid government ripped the heart out of the community in 1968, when 30,000 people were forcibly removed and settled far apart from each other on the sandy Cape Flats. Stuart’s grandfather had a popular shop there, Wayniks, specialising in school uniforms. My great grandparents had boarding houses, going bankrupt when the depression hit the city at the end of the Anglo-Boer War when the tenants flitted in the night and were unable to pay the mortgages.

As Jews who have suffered centuries of forced removals and persecution, we can empathise with the sufferings of others, and on 16 December we think of the pain and consider ways to help the process of reconciliation.

For those who would like to participate in the District 6 Reconciliation Day Virtual Walk 2020: Beyond Reconciliation at 09:30 am on Wednesday 16 December, you can register here: https://bit.ly/BeyondReconciliation

The event is brought to you by Liliesleaf Farm, Religions for Peace, the Cape Town Interfaith Initiative, the Cape SAJBD, Al-Azhar Masjied (District 6), and the Desmond and Leah Tutu Legacy Foundation. The programme is scheduled for 90 minutes.

A Kaleidoscope of Views